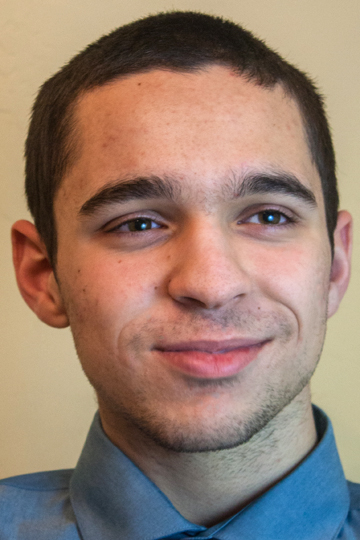 In 2009, a bike accident left nine year old Tomas Bourassa with a serious spinal cord injury rendering him a parapalegic. However, there was a silver lining to his story. While undergoing rehab, he was introduced to the sport of wheelchair tennis. Eight years later, with numerous titles on his resume, this Simon Fraser University engineering student, continues to excel in his sport.

Currently the 20th ranked junior in the world and a carded member of the National Tennis team, in late 2016, Tomas had an outstanding performance at the Birmingham National Championships. He reached the finals in both the Men’s Singles and Men’s Doubles which was an amazing accomplishment for someone so young. But this was just the beginning of a series of notable results. In 2017, 18 year old Bourassa has enjoyed a phenomenal year of wheelchair competition highighted by a trip to the world wheelchair team championships.

Travelling to the United States in March, Tomas captured Doubles Men’s titles in both the Arizona Open (with partner Thomas Venos) and the Baton Rouge Cajun Classic, as well as the Single Men’s title in Baton Rouge. At about the same time he received word that he had been selected for the three member junior squad to represent Canada at the prestigious BNP Paribus World Team Wheelchair Championships. A May trip to Italy beckoned. In this team competition, Tomas went undefeated in his singles matches and led his team to a fourth place finish, narrowly missing the podium, but securing Canada an automatic berth to the next world championship. This performance was followed with championships at the Delta Open in June and at the Junior Singles in the Vancouver International in July.

Added to these successes was yet another accolade. Tomas became, while a student at Seaquam Secondary, the first wheelchair tennis player to ever play on a high school tennis team. In May of this year he competed in the high school provincial championships, another first at the high school level.

We would be remiss if we did not make note of the strong support and influence of his family, father Chris, mother Paula, and sister Meghan; his long time coach who has mentored Tomas from the beginning, Steve Manley; and BC Wheelchair Sport. Someone once said that Individual success is a team game, and certainly Tomas’ success is another example of this.