Volunteer of the Year Ice Hockey 2010 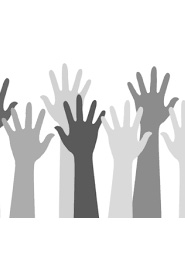 In May of 2009, it was announced that Theresa Watts, a volunteer who quietly dedicates hundreds of hours to hockey in her community of South Delta, would be recognized in the Hockey Hall of Fame and offered an opportunity to participate in the Vancouver 2010 Olympic Torch Relay. She was chosen by RBC Insurance as a RBC Local Hockey Leader for BC, one of 13 volunteers (one for each Hockey Canada branch) selected from hundreds of nominations from across Canada.

Theresa Watts is reputedly a selfless, hard-working hockey mom, team manager, division manager, high school drama teacher and Christmas hockey tournament organizer. Her tournament, the South Delta “In Da House” house tournament has just completed its 6th year. Featuring 392 kids, 25 teams, 46 games played from Atom to Midget and 4 skills competitions, it is an event that every C-level player looks forward to every Christmas. Rep teams generally get the glory, however, this tournament provides house players with an opportunity to feel special and play before packed arenas. A high energy lady, Theresa attends all 4 days of the tournament, organizes volunteers well, handles all conflicts discreetly and demonstrates great people skills. The tournament simply would not exist without the efforts of Theresa. She had an objective and followed through with a plan. She is extremely modest, taking no credit for her achievements, and an exemplary volunteer. Every house player since 2003, numbering over 1200 boys, has benefitted from her tournament. At the conclusion of the tournament, the organizers graciously donate to Canuck Place and food to the local food bank.

When Theresa Watts was honoured last year by RBC Insurance, Neil Skelding, the President and CEO of RBC Insurance, stated that “RBC Insurance is proud to continue the tradition of recognizing truly dedicated hockey volunteers like Theresa Watts” and “Hockey is a way of life in many Canadian communities, and volunteers are the engines that keep it running”.