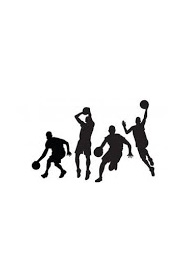 The North Delta Huskies won the BC High School AAA Basketball Championship in 1975. Compiling a record of 33 wins and 7 losses, they began the season at their invitational tournament with convincing wins over 5th ranked Vancouver College and 1st ranked, defending provincial champion, Oak Bay. Finishing in the final of every tournament they entered, each of the 11 players were high scorers in at least one of the team’s games. They were a cohesive group and functioned very well as a team. Two features characterized the team. The North Delta Huskies won the provincial championship with a rookie coach, Bill Edwards, and without starting center and captain, future Olympic Gold Medalist, Paul Steele.

In proceeding to the 1975 provincial championship, it had been reasoned in earlier years by previous coach, Stan Stewardson, that this particular team was comprised of some of the finest athletes that the Huskies had ever attracted to their program. He also stated that the 1974-1975 team would win the provincial championship. How clairvoyant this would prove to be. The Huskies had benefitted from the knowledge of a series of coaches. Besides Bill Edwards, they had received coaching from not only Stan but also Alf Clark, Ed Terris, Ron McNeill, Mike McNeill and Bill Stebbings. As Junior Boys in 1973, they had also won the provincial championship.

North Delta won the 1975 Provincial Tournament the difficult way, defeating the defending champions, Oak Bay Bays, and narrowly edging the highly favoured North Surrey Spartans in the semi-final. Arguably the best game of the tournament, the semi-final was predictably close throughout, with the Spartans leading 30-29 at the half. With 1:40 remaining in the game, North Delta led by the narrow margin of 50-49. The Spartans’ David Reich scored a layup with 36 seconds on the clock to take the lead, 51-50. Then the drama set in. The Huskies’ Mike Kenis put up a shot and was fouled with 15 seconds remaining. With absolute poise and courage, Kenis made both free throws to lead North Delta to victory, 52-51. North Surrey had final shot. Fortunately, it rolled off the rim.

In the provincial final, North Delta played the Richmond Colts. Richmond led the Huskies 34-32 at the half. With the score 40-39 in the 3rd quarter, Coach Edwards decided to employ an unexpected zone defense. This was a key strategic move, and resulted in the Huskies taking the lead at three quarter time. The 4th quarter was dominated by North Delta as they outscored Richmond 20-12, eventually winning 72-57.

The North Delta Huskies won the 1975 Provincial Tournament with typical tough and aggressive defense, strong rebounding and poised offense. It was a team that demonstrated strength throughout. Very well balanced, the grade elevens were consistently strong overall and returned the following year to finish 3rd in the province. A considerable number of these players went on to play college and university basketball. Coach Bill Edwards expressed that when he was preparing the nomination package, he did not think, in 1975, that he fully appreciated how athletic this team was. We are sure he has subsequently changed his mind.