Volunteer of the Year Field Hockey 2009 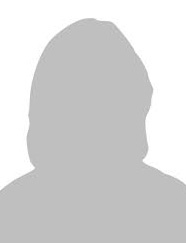 Tammy McComb has been involved with field hockey operations in South Delta for several years, largely in a volunteer capacity. Whether is be serving on league executives, coaching, managing, fundraising or team chaperoning, Tammy has always been available to contribute where necessary.

Over the years, Tammy has had prominent roles with both the Falcons Field Hockey Club and the field hockey program at South Delta Secondary School. She has coached with the Falcons for an extended period of time, which started when her daughter was 11 years old. Under her tutelage, this team captured the 2008 Provincial Club Championship. At South Delta Secondary School, the field hockey program is one of the strongest in the province, continually finishing in the top six at the AAA level. A major contributing factor for this success is the junior program, where Tammy is the head coach. She has been responsible for all aspects of the team’s preparation and training for a considerable number of years. With the senior team, she has chaperoned overnight trips to tournaments and arranged fundraising events on many occasions.

Beyond the local field hockey community, Tammy has extended her volunteer efforts to Field Hockey BC, the sport governing body for field hockey in the province. In 2008, as well as 2006, she was the tournament organizer for the U-18 Provincial Club Field Hockey Championships in South Delta. She coordinated the event at Holly Park and Winskill Park for 18 teams from across BC, which included first aid, umpires, facilities, field preparation and volunteer assignments.

Tammy McComb has demonstrated all the qualities of dedication and commitment to her volunteer role in the community, whether it be organizational or administrative. Always reluctant to accept credit and first to acknowledge the efforts of others, she continues to be a well respected and prominent builder of field hockey in South Delta.