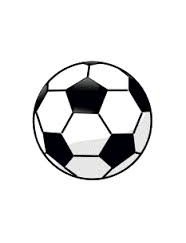 By virtue of their winning the Provincial Championship, the 2008 South Delta Sun Devils AAA Varsity Girls Soccer Team became the first team in South Delta Secondary School history to emerge with a major sports championship. They were 1st in league play and 2nd in the Fraser Valley Championships. It was also the team’s record setting seventh appearance at the AAA Provincial Tournament.

Head Coach Stephen Burns, who also coaches the boys’ team at SDSS, began coaching the girls’ team in 1998 and has guided them to all seven of their appearances at the provincial championship tournament. The team had won a silver medal in 2002. Coach Burns and Assistant Coach Brent Sweeney were actually quite surprised that they won the provincial championship with a team that featured 11 new players, however, they worked very hard, never quit and possessed outstanding speed. They dedicated their victory to all their previous players who participated in other provincial tournaments, helping sustain the program over the years.

The Sun Devils had to overcome a very disappointing start to the beginning of the 2008 provincial tournament, coming within 15 minutes of finishing no better than ninth place, when they reversed the trend. They lost their opening game to Kitsilano and were trailing Burnaby South 1-0 in the late stages of the second half when they suddenly erupted for three goals. With this change in momentum, they defeated Vancouver Island Champion Reynolds 2-1, leading to a semi-final bout with South Kamloops, a team that had not lost all season. It was a physical game in which South Kamloops had a decided size advantage. The Sun Devils handled the pressure and won the game by a score of 1-0, with Goaltender Paige Collings playing a major factor in the victory. They faced the Handsworth Royals in the provincial final. After taking an early 2-0 lead, the Royals recovered in the second half, tying the score with only two minutes remaining in regulation time. Overtime decided nothing, thus leading to penalty kicks as a means to determine the outcome. South Delta outscored Handsworth 4-3 in penalty kicks, with Sara McManus, Shannon Herold, Jordan Kitagawa and Emily Nicholson scoring for the Sun Devils. Goaltender Paige Collings stopped the final Handsworth kick to provide a dramatic end to the resulting 3-2 triumph. South Delta Midfielder Jordan Kitagawa was selected as the Tournament MVP.

Perhaps a pre-tournament meeting could have been a significant motivational factor in South Delta’s victory. Head Coach Stephen Burns gave each member of the team a sheet listing the previous results of his teams in the past. He pointed to the gymnasium wall which did not display any banners and emphasized that SDSS had never won anything at the provincial level. His timing was very opportune.