Master Athlete of the Year 2017 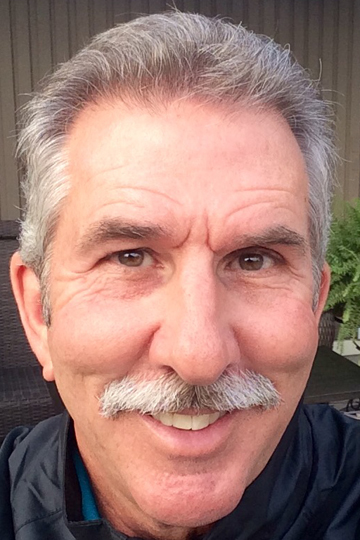 Scott Stevenson, a long-time resident of North Delta retired after 31 years of teaching at Brookswood Secondary. He played Basketball and Soccer in college and university, and Fastball for 20 years. Scott has coached many school and community teams including the 1990 Delta Heat, Hall of Fame inductees. He has always had a passion for sports. When introduced to Pickleball, immediately Scott enjoyed the camaraderie of the sport combined with the opportunity to be active and athletic.

Scott is known for his athleticism in Pickleball, but also for his sportsmanship and fun-loving attitude. Don’t get it wrong, Scott is a fierce competitor who has advanced through the Pickleball skill levels to a 5.0 player. He has accomplished this feat in two years and now competes in Canada and the United States with great success.

Scott was a double gold medal winner at the 4.0 level in his first tournament at the 2015 BC Senior Games and had a top ten finish in doubles at the USA Nationals. In 2016 Scott and Terry Brine competing at the 4.5 level won gold medals at the Palm Desert Tournament and the Pebble Creek Tournament in the 60+ category, a silver medal at the Pickleball Canada National Tournament in the 4.5 open age group and a bronze medal at the Edmonds Paddle Whack at the 4.5 level. Scott’s success continued in 2017 with gold medals at three tournaments in the United States and a silver medal at the International Indoor Pickleball Championships playing in the 60+ age group. In July 2017 Scott was advanced by the USAPA to the 5.0 level. Even at this higher-level Scott has had success, winning a bronze medal at Pickleball Canada National Tournament in one of his first 5.0 open tournaments.

His Pickleball partner, Terry Brine says, “Scott is a wonderful ambassador for the sport. He continuously encourages others to get involved in Pickleball and is an amazing teacher for those requesting his help.” When asked why he competes in sports Scott said, “I don’t know what I would be doing without sports.”

Scott has played a variety of sports, winning many medals and awards, but he believes his greatest accomplishments in sports are the connections and friendships he has developed with teammates and opponents. According to Scott, “Sports has allowed me to become the person you are honoring tonight.” Congratulations Scott on your selection as a Sport Champion.