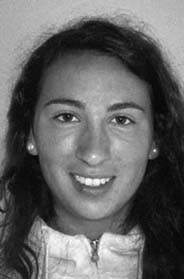 Sara McManus is a multi-sport athlete from South Delta Secondary School and has excelled in field hockey, soccer and basketball. Field Hockey, though, is the sport where Sara has had the greatest success competing on school, community, provincial and national teams.

Sara’s athletic achievements in 2010-2011 are impressive and include her selection to the junior and senior national teams. She captained the Sun Devils to a top 5 finish at the AAA provincial tournament and was the winner of the Commitment and Leadership award 2010 and the Kiwanis Delta Memorial Sports Award 2010.The Kiwanis award is given to an athlete who is recognized by their sport association as aspiring to represent Canada at World Championships and the Olympic Games. In the community, she plays field hockey with the Falcons Field Hockey club. Sara and her teammates have dominated the junior league and won a number of provincial championships, most notably the 2010 U18 Championship even though they were a U17 team.

Selections to provincial and national teams began at an early age for Sara and she had her first exposure to international hockey in 2008. This past year Sara was on the BC U18 “A” team finishing fourth at the Senior National Tournament. She captained the 2010 Canadian U16 National team that won a silver medal at the Pan-American Youth Championships in Uruguay. Sara’s skill and work ethic led to her selection to the senior national team program playing in matches against India and Chile in 2010. She is one of the youngest players to play on the senior team and already has five international caps. Sara continues to train with both the senior and junior squads and will compete with the senior team in the upcoming Women’s Champions Challenge II in Vienna, Austria from May 7-15, 2011.
Sara graduates from South Delta Secondary School in June and plans to attend UBC this fall.