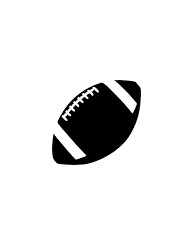 Sam Livingston has been an outstanding multi-sport athlete for a considerable period of time. His discipline as an athlete also extends to his demeanor off the field, where he is highly regarded as a role model, demonstrating exemplary qualities such as humility, patience, kindness and quiet leadership. From all accounts, Sam is one of the most talented football players that any of his previous or present coaches have encountered. Some of the common themes focus on his natural speed, quickness, agility, football savvy and versatility, allowing him to play on offense, defense and special teams. All of them refer to their pleasure of having had the opportunity to coach him due, in part, to his ability to accept constructive criticism, interpret information, and form conclusions without reacting like it was a personal attack on his character.

For the record, Sam was a member of the 2008 South Delta Sun Devils AA High School Football Championship Team, defeating rival Seaquam Seahawks in the provincial final. He led the league in interceptions and defensive touchdowns and was voted a Conference All-Star. Due to his Grade 11 status, he was not considered as a Provincial All-Star. During the provincial championship final, he led the team in rushing and tackles. He was selected by the Sun Devils team as the “Rookie of the Year”, placed on the “Big Lick” board for being one of the hardest hitters on the team and was the “Mud Bucket” recipient for being the hardest working rookie. He was also awarded with the Grade 10 Athletic Award at South Delta Secondary School. In the community of Tsawwassen, he played for the South Delta Bantam Rams, where he was selected in April, 2008 as their MVP. In June, he was honored by the Delta Sports Hall of Fame as being a member of two co-winning “Teams of the Year”.

The road to success for Sam Livingston has been quite remarkable. As a Grade 11, he has already received expressions of interest from colleges and universities in Canada and the United States. In the classroom, Sam maintains a solid “B” average. His Grade 12 year promises to be even more spectacular.