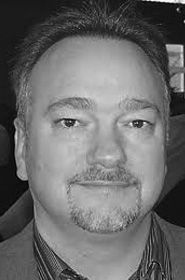 Ron also is the Owner and President of Regency Realty Royal LePage, with offices in Ladner and Tsawwassen.

His background as a hockey man dates back to the 1990’s, when he owned and operated the Tri-City Americans Hockey Club & Coliseum which he sold in 2000. He acquired an expansion team for Vancouver with Pat Quinn, Gordie Howe, Sultan Thiara, Michael and Lewis Buble. Currently, he is the President and Majority Owner of this major junior hockey club, The Vancouver Giants.

Serving in the capacity of Tournament Chair, Ron was the driving force behind the most successful World Junior Hockey Tournament in the history of the event which was hosted in British Columbia in December, 2006. Ron’s passion for premier hockey events continued as he was successful in bringing the 89th Memorial Cup to Vancouver in May, 2007 for the first time in over 30 years, where he served as Chair of the Organizing Committee. As with the World Juniors, this event became the most successful Memorial Cup ever in its 89 year history. Having his Vancouver Giants win in front of 16,281, the largest crowd ever at the Pacific Coliseum and for the Memorial Cup, just made it that much better.

Ron is currently Chair of the CKNW Orphans Fund, a Director of the Delta Police Board Foundation and was a Director of 2009 World Police and Fireman Games.

Ron and his wife, Michele, have been long time residents of Tsawwassen where their family includes four children, Sarah, Pete, Rebecca and Zachary.