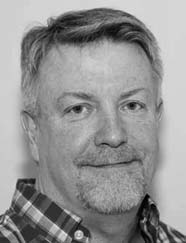 Ron Johnson was born in Fort Nelson but has lived in Delta since 1978, working for the Corporation of Delta. He has been a dedicated community volunteer in hockey for more than thirty years, encouraging hockey players to reach their potential. As a coach, he has been recognized on numerous occasions and has resulted in the production of athletes who have excelled on and off the ice. Ron’s coaching resume is extensive and he has coached at all levels, from beginners to professionals.

He has won eight divisional championships, ten playoff championships, and twelve league championships. Ron coached the 1978-79 North Delta Senior Women’s team to a provincial championship; the Richmond Sockeyes Junior B team to two provincial championships in 2002-03 and 2003-04; and the 1998-99 North Delta Bantam AAA to Provincial and Western Canadian championships. In 1984-85 he coached the BC team to a gold medal at the Canada Winter Games and in 1992-93, as the assistant coach of the Surrey Eagles, Ron was chosen to coach the BCJHL All-Star team. Ron was also selected to be the Head Coach for the 1992 Pee Wee Champs Super Series and the 1993 Bantam Champs Super Series. One of the highlights of Ron’s coaching career had to be the 1998-99 season. As Head Coach of the North Delta Bantam AAA team, they were Western Canadian Champions, the first team from BC to win the title in 27 years. Ron’s coaching qualifications are outstanding, having a Bachelor of Science in Biomechanics and a Weight Training and Methodology certificate from Douglas College. He has completed Advanced Sport BC Level 2 theory certification and Advanced CAHA Level 4 certification. Ron has been chosen Coach of the Year on six occasions and twice honoured by the CAHA for his contributions to Minor Hockey in Canada. He has been running a hockey school since 1981 which specializes in power skating, hockey skills and tactical development.

As Ron gained experience, he developed a more scientific approach to coaching and formed sports research companies. In 1993, Ron was the co-founder, president and technical director of Excel Hockey Inc., currently called Sport Quest, an international sport research company. This company specializes in quantifying athletic excellence in the sport of hockey. Ron has achieved near legendary status in Western Canada’s hockey community as an inventor, trainer, coach, and advocate of scientific bio-mechanical methods in the selection and development of hockey athletes. It received full endorsement from the CAHA and Nike Canada. Since 1996, Ron has owned Quan-Tech Sport Systems Inc. and Next Testing, companies which also specialize in quantifying athletic performance.

Ron’s passion has always been hockey and his contributions to hockey and youth make him a worthy recipient of recognition and appreciation. The Delta Sports Hall of Fame congratulates and thanks you for your many years of dedication to the youth of Delta.