Athlete of the Year Field Hockey 2009 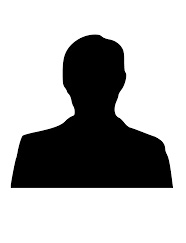 Rob Short, a native of England, attended school in South Delta and played his formative field hockey in Tsawwassen. His participation at the international level began in 1992, competing for Canada at the Junior Pan American Games in Cuba. Since 1994, he has been a member of the senior Canadian National Team and leads the team in International Caps with 284. His brother, Peter, is also a member of the national team. Presently, he plays professional field hockey with Laren Hockey Club in The Netherlands.

Rob is a veteran of international competition, having experienced the World Cup, Olympic, Commonwealth and Pan American Games. At the Pan American Games, Canada won the gold medal in 1999 and 2007 and the silver medal in 1995 and 2003. In 1998, he represented Canada at the World Cup, where the team finished eighth – the highest Canada has ever finished at a world tournament. Although Rob was at the Sydney Olympics in 2000, the 2008 Beijing Olympics were very special to Rob as well as the Canadian National Team. He was the most senior player on the team and had the honour of being appointed as Captain. After losing their first three games, they recovered to finish a respectable 10th, equaling the highest finish that Canada had ever attained.

The National Field Hockey Team also competed at other international tournaments in 2008, including Tour of South Africa, Tour of Germany, Tour of Europe and the Sultan Azian Shah Cup. More recently, they won the Pan American Cup in Santiago, Chile by defeating the United States 2-1. Rob Short distinguished himself once more by being selected as the tournament MVP.

Rob Short has long been respected around the world and is considered to be a formidable opponent. His leadership, mental and physical toughness, competitiveness and overall playing ability have been instrumental in maintaining Canada’s National Field Hockey Team as one of the best in the world.