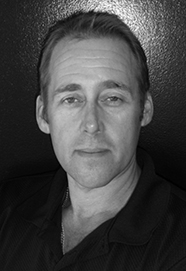 Randy’s Tire and Auto Centre is an exemplary, community-minded business in the heart of South Delta. Randy Scott became a business owner at the age of 23 and immediately set out to ensure that he supported Delta in ways that went far beyond providing great auto service. Over the past 24 years, Randy’s Tire and Auto Centre has become a constant supporter of youth sports and community events in South Delta.

Randy Scott has always believed that if he looked for ways to get his business invested in the community, the community will invest in him. Supporting youth sports is of particular interest to Randy’s Tire and Auto Centre. Randy Scott sees team sports as a way to build character for later in life, often going so far as to look for employees that have team sports experience on their resumes.

In the past 4 years alone, Randy’s Tire and Auto Center has been responsible for raising over $100,000.00 for Scotiabank’s Hockey for Alzheimers. Randy has served as the President of the Business Improvement Association in South Delta. He has spent numerous hours volunteering around the community from putting up Christmas lights in the town centre to sponsoring Oktoberfest lunches for seniors. He is always searching for ways to avail himself and his business to community events and activities.

Through it all, Randy Scott goes out of his way to recognize that it is the community’s support of his business that allows him to invest in our community. Randy’s focus with all of his support is to make Delta the best possible community in which to live for young and old alike.