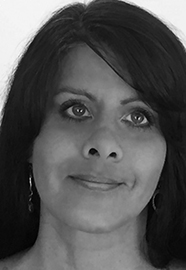 Pamela Leila Rai grew up in North Delta and graduated from secondary school in 1984. She started competitive swimming as a six year old and by the age of nine, was showing great promise swimming for the New West Hyacks Swim Club.

Pamela Leila had an affinity for sprinting as she excelled at the national level in the 50m and 100m freestyle as well as the 100m butterfly. By the age of fourteen, she held sixteen Canadian age-group records. Pamela Leila represented Canada as a youth from 1976 to 1979 and was a member of Canada’s National Team from 1980 to 1987.

In 1984, Pamela Leila’s dream of competing at the Olympics came true when she competed at the Los Angeles Olympics. In one of her proudest moments, Pamela Leila and her teammates won a bronze medal in the 4x100m medley relay while setting a Canadian record. While swimming at U Vic from 1984 to 1986, Pamela Leila set five Canadian University records and was named the 1985 Canadian University Swimmer of the Year. Pamela Leila continued to swim internationally, winning silver medals at the 1983 Hapoel Games, 1985 Pan Pacific Championships, and 1983 Pan American Games in the 4x100m freestyle relay. Pamela Leila capped off her swimming career by winning a gold medal at the 1986 Commonwealth Games in the 4x100m freestyle relay, setting both a Canadian and Commonwealth record.

Pamela Leila is currently a secondary school teacher of Math and Social Justice as well as a certified yoga instructor. She also owns and operates a yoga centre in Nanaimo. The Delta Sports Hall of Fame is honoured to induct Pamela Leila Rai into our Hall of Fame. Congratulations!