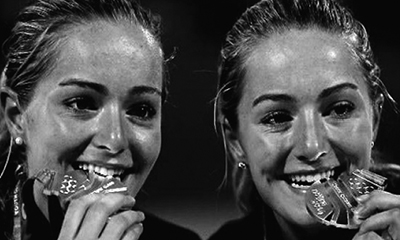 As a little girl, Paige Collings spent more than her fair share of time playing with bats and balls along the sidelines of her two older sister’s softball games. Even though she didn’t really even like the game at the time, she wanted to emulate them. At around age 12 she found she actually liked the game, and thus started on an amazing path as a premier softball player, excelling as a Youth at the Rep A level with the Delta Heat organization.

Soon, Drexel University in Philadelphia called and Paige answered, joining their Drexel Dragon program as a utility player in 2009, earning herself Rookie of the Year honours as a result. She soon asserted her true “Collings” as a force to be reckoned with behind the plate, as well as a formidable and reliable powerhouse batter. For the next three years, Paige was the starting catcher for the team, leading the way year after year in batting average (.333), home runs (9), RBIs (33), slugging percentage (.612) and on base percentage (.409). Add to that an impressive OPS (on base plus slugging) statistic of .951 and you have a player any coach could only dream of having on their team. School records fell year after year, with Paige even breaking her own home run record twice. In 2012, she started in all of the 48 games that season, making only 2 errors in 165 chances. Of the many impressive records and stats Paige racked up during her four years at Drexel, her comment is “It is easiest to remember a player by their stats, but I think there is more to the game than that. When people remember me, I hope it is for my work ethic”.

Paige made the Canadian National Women’s Softball team in 2011, getting to play near home at Softball City. In her final year as a Dragon in 2012, Paige went out in style as a four time First Team All-ACC conference player, plus she achieved Philadelphia Inquirer Academic All-Area Softball team designation, an elite group whose cumulative grade point average must be 3.20 or higher (hers is 3.67 in her field of Biological sciences). On top of that, she was named Drexel University’s Female Athlete of the Year. What a way to end an illustrious softball career. Not bad for a kid who really didn’t even like the game to start with!