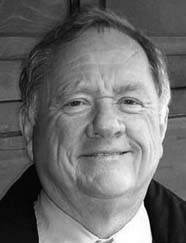 A long-time resident of Tsawwassen, Maurice Hamlin has been coaching for the past 23 years. The last six years have been spent coaching juvenile, the level designated for 18 to 20 year olds who are no longer pursuing the Canadian dream or trying to impress the junior scouts. The players are usually involved in post-secondary education or full-time work. It may not be considered a glamour division, as most of the players drive themselves to the rink, however Maurice cannot think of a better level of minor hockey to be coaching in. He considers his players to be playing hockey for the most honest and right reasons. Maurice Hamlin takes pride in coaching players who have been moved around in midget and junior “B” hockey and forming them into a cohesive and unified team.

His dedication as a coach to provide his players a meaningful hockey experience is reflected at practices, which are extremely well organized and attended. It has led to much success on the ice. His Richmond Blues team has qualified for the provincial championships for six consecutive years and in March, 2010, they won it all by going undefeated with a 6-0 record. The roster included five South Delta players who previously had no team to play for.

The awards have continued for Hamlin as he was recognized in 2010 for his outstanding achievement by receiving the Bruce Allison Memorial Trophy as the Pacific Coast Amateur Hockey Association’s Coach of the Year. The award is emblematic of the coach who best exemplifies the coaching experience of teacher and leader in amateur hockey. The attention and recognition is appreciated by Hamlin, however the accolades do not mean as much to him as being confident that he is offering a positive experience to young men as well as maintaining their interest in hockey.

Two of his teams have remained intact and now are playing in a senior men’s league out of the Richmond Ice Centre. Maurice has also mentored other players to become interested in coaching their own teams of younger age levels. A major part of his success has been the importance of teaching discipline and his teams have always demonstrated this quality in their style of play.