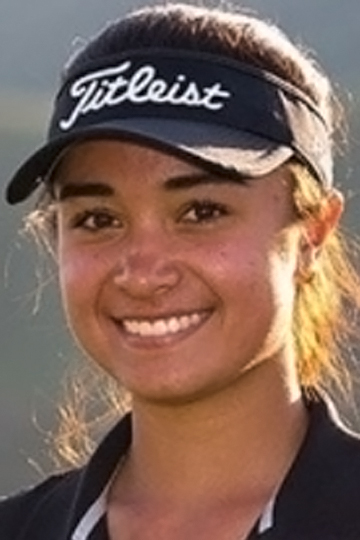 Mary Parsons was given her first set of golf clubs at the age of three but didn’t really take up the sport until she was eleven years old while living in Guam. She moved with her family to Delta in 2012 at first playing at Delta Golf Course and then at Mayfair Lakes Golf Club.

Her winning ways continued in 2017 with victories at the Future Links driven by Acura Pacific Championship followed by a first-place tie at the BC High School AA Individual Championship. This is the first time a female has placed first at this mixed gender tournament. Mary placed second at the US Women’s Amateur Qualifier tournament and the Canadian Junior Girls Championship.

She played soccer before golf and Mary believes, “… her athletic foundation made the transition into golf easier.” Even though she is a big hitter, Mary’s greatest strength could be her putting and her belief she can make birdies from anywhere on the golf course.

Mary credits her Dad for helping her reach her potential and wants to thank Golf BC and Golf Canada for the opportunities and support she has received. Mary graduated in June from St. Thomas More Collegiate. She is currently attending the University of Indiana on a golf scholarship and plans to pursue a degree in either medicine or business. We congratulate Mary on her selection as Youth Athlete and wish her all the best in her athletic and academic pursuits.