Youth Athlete of the Year 2014 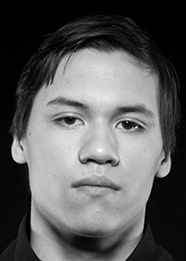 Swimming has always been a passion for Markus Thormeyer. He and his family moved to Tsawwassen from Ontario when Markus was in Grade 6 and soon after he joined the Winskill Dolphins Swim Club.

Markus moved into the senior ranks at the age of 17 after posting impressive times and results at the junior level. In both 2014 and 2015 Speedo Western Canadian Championships, Markus won five gold medals in different age groups. As well, in 2014 Markus won three bronze medals in the 100m backstroke, 200m backstroke and 100m freestyle at the Junior Pan Pacific Championships. He earned the Male High Point Aggregate Award for 16 year olds at the Canadian Age Group Championships.

Markus made his first national senior team in 2015, earning a spot on the Pan Am Games team with second-place finishes in the 100m backstroke and 200m backstroke at the Team Canada Trials. His performance has also earned Markus a spot at the 2015 FINA World Junior Championships in Singapore.

At the 2015 Pan Am Games in Toronto, Markus was a member of the silver medal team in the 4x100m freestyle relay. He also reached the final of the 100m backstroke, finishing in seventh place. In the first week of August, Markus then headed to the Canadian Age Group Championships in Quebec City with his Winskill Dolphins team. Markus provided a thrilling come from behind anchor leg to help his team win the 16 to 18 year old boys 4x100m freestyle relay.

Markus competed for Canada at the FINA World Junior Championships in late August in nine different events. He placed 9th in the 50m freestyle and 200m backstroke, 6th in the 100m backstroke, 100m freestyle, 4x100m freestyle relay and 4x100m medley relay. Markus and his teammates won a gold medal in the 4x100m mixed freestyle while setting a world junior record.

Markus will be swimming with the High Performance Centre in Vancouver this September while studying Arts at UBC. Even though competing at the Pan Am Games and World Junior Championships has been a huge accomplishment, Markus has set a higher goal for himself. He wants to compete for Canada at the 2016 Summer Olympics in Rio. We congratulate Markus on his outstanding achievements this year and his selection as Youth Athlete of the Year and wish him well in reaching his athletic and academic goals.