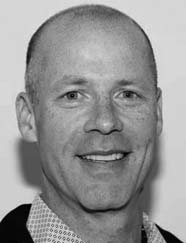 Even though Mark Pinckard played competitive sports from a young age, he had never entered a road race until 2006. After completing the Vancouver Marathon, he was hooked on running. From marathon running, he branched out to competing in triathlons and then track events. In 2009, Mark entered his first Masters Track and Field Championship, winning a bronze medal in the 500m and silver medals in 400m and 800m.

In 2010, Mark placed 8th in the 800m at the World Indoor Track & Field Championships in Kamloops. In June, he participated in the Masters Provincial Track & Field Championships winning gold medals in the 200m, 400m, 800m and 1500m events. He followed this up by winning a gold medal in 400m, silver medal in 800m and a bronze medal in 1500m at the Canadian Masters Championships in Toronto in July. As well, Mark competed in twelve road races finishing first or second in all but one event. By the end of 2010, Mark also received a world ranking in 800m with a time of 2:10.80.

This year, Mark is continuing where he left off in 2010. He already has two first place finishes, one second place finish and a third place in four 5K road races. In March, Mark competed in the Canadian Masters Indoor Track & Field Championships in Kamloops, winning gold medals in 400m, 800m and 1500m and a silver medal in the 200m.