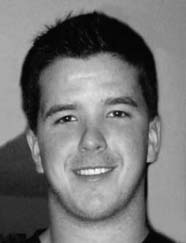 Logan Schuss, a 2009 graduate of Delta Secondary School, was well recognized in 2010 for his outstanding freshman season with the Ohio State University Buckeyes men’s field lacrosse team. He earned a league-high six Eastern College Athletic Conference Lacrosse League (ECACLL) weekly awards – two offensive player accolades and four rookie-of-the-week honours. After leading the league in scoring, the sharp- shooting midfielder was named the ECACLL rookie-of- the-year and was named to the all-conference first team as well. Logan ended the season as the Buckeyes’ leading scorer with 31 goals and 56 points, the most for a freshman in school history. He ranked 14th nationally (second among freshmen) in scoring, averaging 3.73 points per game. Schuss had at least one point in all 15 games in 2010, with multiple points in all but two. He ended the year with 21 points in his last four games combined, including a career-best seven goals in a loss to fourth-ranked North Carolina. He had three or more points in 10 games, including two six-point and two five-point outings.

Now a sophomore, Logan Schuss is on a full-ride scholarship at Ohio State University. When he returns to Ladner in early June, he will again be a welcome addition to the Delta Junior “A” Islanders.