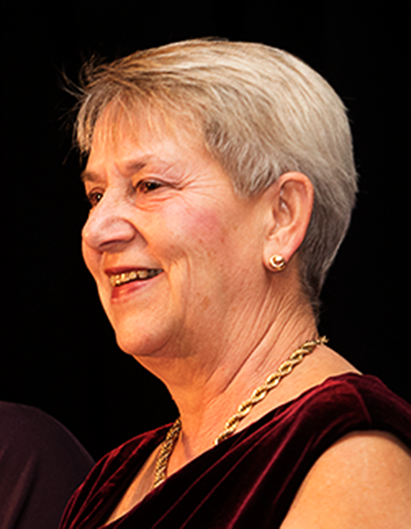 Laurel Crosby has been involved in wheelchair sports since 1979 and is well known for her outstanding involvement, leadership and commitment. She first started as a volunteer at G.F. Strong and later with BC Wheelchair Sports Association as a coach. Along the way, Laurel realized her true passion and strength was in team management.

Laurel has managed teams at the BC Summer and Winter Games for the Disabled and several National Championships. Internationally, Laurel has managed teams competing in Paris, Puerto Rico, Seoul and Australia and was the Chef de Mission for the Canadian team at 1992 Summer Paralympics in Barcelona. During the 1980’s Laurel developed junior sports camps for athletes with disabilities starting with the first National Junior Camp in 1984 in Toronto.

Laurel’s awards and achievements are impressive and she has been recognized over the years for her commitment to wheelchair sports. Some of the awards are the 125th Confederation Medal of Honor, Queen’s Golden Jubilee Medal, Queen Elizabeth II Diamond Jubilee Award, Sport BC Daryl Thompson Lifetime Achievement Award, the Promotion Plus “In Her Footsteps” Award. Besides carrying the Paralympic Torch, Laurel was chosen to light the cauldron at the 2010 Vancouver Paralympics. For her volunteerism and advocacy for athletes with disabilities, Laurel was inducted into the Canadian Wheelchair Sports Association Hall of Fame in 2017.