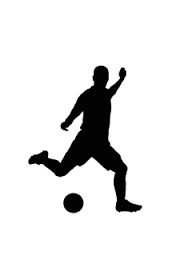 John Mantei, a North Delta Secondary graduate, has been the U16 Girls Tsawwassen Triple Threat Soccer Coach since the 2005-2006 season. As Head Coach, John has developed a winning culture and has experienced remarkable success over the past 5 years.

In the 2008-09 season, the Tsawwassen Triple Threat claimed the Coastal Cup before going on to capture the Provincial Championship. The past five years have been full of reward for John and his team. In that time, they have amassed 4 Coastal Cup Championships and 2 Provincial Titles, finishing Runners-up twice. They have also added numerous tournament titles to their impressive list of accomplishments. The Under-16 Girls Provincial Team, where 4 Triple Threat players were recently selected, is a testament to John’s focus on player development and continued excellence.

John, a National ‘B’ licence coach since 2004, has recently been given the opportunity to assistant coach the U13 Boys Coastal Y-League Team, consisting of players from Vancouver, Richmond, Delta, and White Rock. This team also achieved considerable success, qualifying for the North American Championships held in Tampa, Florida this past November. The boys finished with a 1-1-1 record. John will be stepping into the U14 Head Coach role to see if they can top that finish this year.

John has been active in Delta for nearly 40 years as a player and coach. In that time he has amassed an amazing 18 Provincial Championship appearances at all levels (Men and Women’s Adult, High School, and Youth) winning 4 as a player, and now 7 as a coach. John continues as a community coach for Tsawwassen Soccer Club, where he serves as both a mentor to other coaches and to players of all ages in their development academy.