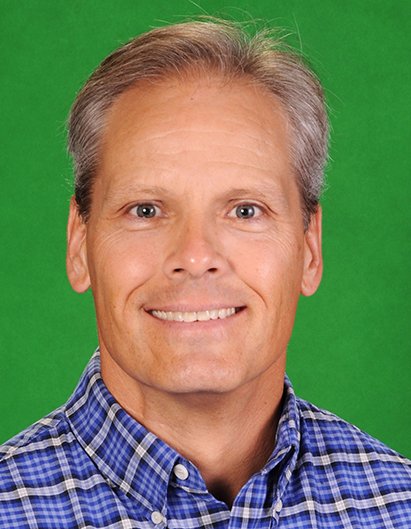 For John Coflin, love of sport is a family affair. John is quick to credit his parents (his father Hugh was a former professional hockey player himself) for developing an appreciation for sport, its values and being given opportunities to play. John is the youngest of five children and his older siblings paved the way for a life of sport. John watched his older brother Mark be drafted to the CFL, where he played for five years. Mark served as an example, mentor, brother and friend in opening the door for John to follow.
John’s football playing began with the Delta Rams where he led his team to a provincial title in 1979. Later, at South Delta Secondary School (1980-82), John was a team captain, top offensive lineman and the school’s Most Sportsmanlike Player. From there, John earned a scholarship to SFU where he won honours as a 1st team All Columbia Conference, 1st team NAIA and 2nd team All Northwest player. With a prolific career at SFU, John was selected in the CFL draft in the first round (#6 overall) by the Edmonton Eskimos. John went on to play professionally for seven seasons in the CFL with the Edmonton Eskimos, Calgary Stampeders, BC Lions and Toronto Argonauts. One of the highlights of his powerful pro career was winning a Grey Cup Championship in 1991 with Toronto. For John, some of the greatest accomplishments were being part of a cohesive team, working towards a common goal and dedicating himself to the process of achieving excellence. John Coflin acknowledges that without coaches like Ron Uyeyama (SDSS), Jack Schrieber (SFU), Ron Smeltzer (CFL) his technical performance, ability to overcome adversity and overall development would not have been what it became. John also points out that his uncle, Charlie Coflin, inspired him at a young age to be fit and flexible and enjoy a healthy and active lifestyle. John has given back to sport in volunteering his time to coach community and school sports teams.
John also enjoys passing on the lessons he has learned to students as he currently is a counsellor in Delta schools. He continues to love sport and enjoys hiking, sailing, golf and curling.