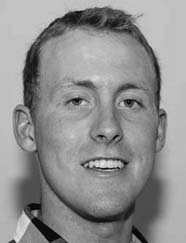 Joe Dart, a 2011 graduating student at Delta Secondary School, became a national high school champion at the 2010 Canadian Secondary Schools Rowing Champion- ships in St. Catherines. Soon after this accomplishment, he moved on to the National Junior Team Trials in Welland. On the renowned Royal Canadian Henley Course in St. Catherines, Joe captured the senior men’s singles event with an impressive three-second victory over his nearest rival. At the International Flatwater Centre in Welland, he earned a spot on the Canadian National Junior Team that competed at the CANAMEX Junior Regatta in Tennessee. At this event, with a huge recovery in the second half, he again won the championship in the Single Sculls, with Mexico and the United States placing second and third, respectively. Despite the heat, he also had a good row in the Quad, placing third behind Mexico. Returning to Canada, there was an adjustment to the temperature where he felt cold with the temperature at 31 degrees C.

Joe Dart’s achievements last year were a testament to the excellent coaching he has received at the Delta Deas Rowing Club, where he was introduced to rowing. He has stayed with the club where he has been coached by Mark Darling as the club’s only Junior “A” classified athlete. Joe has exceeded his own expectations and attributes his success to the use of mental strength, physical fitness and determination. It would appear that Joe Dart has a bright future in this very demanding sport.