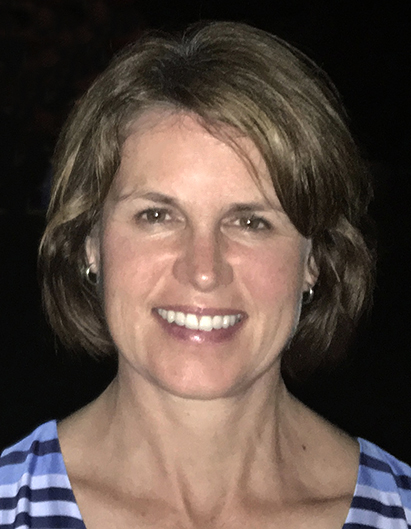 Jill Proctor is the pride of Delta when it comes to soccer officiating. In 1993, Jill began a journey that would take her from officiating local, provincial and national events to being the first woman to referee a professional match in BC and the first female FIFA credentialed referee in BC. As a FIFA referee, Jill was selected from a world-class group of (international) referees officiate at the U19 Women’s World Cup (2002), Algarve Cup (2002), China Four Nations Cup (2004), CONCACAF Women’s U19 World Cup Qualifying Tournament (2004) and the Women’s Olympic Qualifying tournament in Costa Rica (2004). At this tournament, Jill was chosen to referee the final game, a tribute to her hard work, skill and expertise. Jill officiated for the Canadian Soccer League including the Vancouver Whitecaps from 1996-2007. Awards that Jill has received include: Canada Soccer International Achievement Award (2007), BC Soccer Official of the Year (2002).

Jill began playing soccer at 8 years old. She excelled as a player winning multiple provincial and national championships. By her 20’s, Jill’s passion for the game led her to officiating. Jill saw that officiating could take her to new heights and challenges and opportunities previously unattainable. Jill began the rigorous process of study, academic testing, fitness testing and peer review to becoming an accredited official. Jill faced adversity as some said that FIFA would never accept a woman referee but this only inspired Jill to be better and more competent than others. Although she experienced negativity from some, Jill had a strong support network. She credits foremost her husband Gerry, also a FIFA referee. They worked tirelessly studying, training, analyzing, preparing and pushing each other to know every nuance of the game. Jill also acknowledges Rene Para, another FIFA referee who played a key role in supporting and mentoring her. Lastly, she applauds Neil Ellett, an official assessor, who gave an innumerable amount of unsolicited time to Jill to support her development.

Jill’s journey has taken her from the local fields in Delta to some of the highest stages of international and professional soccer. Throughout this journey Jill has found time to give time back mentoring young aspiring officials and helping them see that the path to the highest level of officiating is in reach. Though Jill was the first female FIFA credentialed referee in BC she hopes that through her example there will be many others that follow her.