Master Athlete of the Year 2014 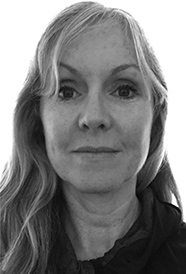 Jeannie Cockcroft graduated from South Delta Secondary School where she participated in several sports including track and field, achieving distinction by winning the BC high school high jump championship in 1983. She attended the University of British Columbia (UBC). It can be said that Jeannie Cockcroft is reputedly the best female high jumper in Canadian university history. Over a span of 30 years, not only was she the Canadian Inter-university Athletic Union (CIAU) national record holder but also a three time CIAU national high jump champion. These three CIAU gold medals are the most ever achieved in women’s high jump competition at the national championships. Her personal best of 1.94 metres, the second best mark recorded by any female jumper in Canadian history, is a UBC record and the highest jump ever achieved by a Canadian university female athlete.

While a student at UBC, Cockcroft’s list of distinguished athletic accomplishments include three CIAU national titles and gold medal victories at the 1985 Canada Games, Canadian Indoor and Canadian Senior Track championships. This 1985 Sport BC University Athlete of the Year has the distinction of being twice awarded the Marilyn Pomfret Trophy as UBC’s Female Athlete of the Year. In 1987, she won the Harry Jerome Classic with a jump of 1.80 metres. By 1988, Jeannie qualified for the 1988 Olympics in Seoul, South Korea, by virtue of her bettering the qualifying mark of 1.92 metres. In 1990, she was selected to Canada’s Commonwealth Games team by maintaining a high level of athletic achievement, jumping 1.80 meters or better in 23 track meets.

Throughout Jeannie’s UBC career, she was presented with four athletic scholarships. By 1995, she had attained her Master of Library Science degree and is currently employed by the Fraser Valley Regional Library in Tsawwassen. She returns her good fortune to the track community as a Junior Development Coach with the Coastal Track Club serving South Surrey, Delta and Richmond. Jeannie holds a high regard for her coaches at UBC, Wilf Wedmann and the legendary Lionel Pugh. Her coach from 1985-1999, UBC’s Carmyn James, maintains that Jeannie possesses the dedication, discipline, desire and determination that keeps her at the top of her sport and in so doing serves as a positive role model for younger high jumpers.