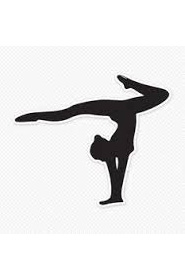 Gretchen McLennan began her dance career in Ladner, under the direction of Jasmine Gardner of Dance Connection at five years of age. By the age of 11, she was actively participating in dance competitions. Shortly after, she eventually entered rhythmic gymnastics with the Vancouver Rhythmic Sportive Gymnastics Club, under the coaching of Olympic gold medalist, Lori Fung.

In 1989, she emerged as the Individual Level IV Novice Provincial Champion, using the ribbon, hoop and rope. The following year, Gretchen became the Junior Provincial Champion. Soon after, she made her international debut representing Canada at the Fifth Annual Mexican Olympic Festival of Gymnastics in Mexico City. A six nation meet, Gretchen competed in the junior age group, winning the individual balls, clubs, hoop and ribbon events as well as the overall title.

Gretchen was selected to the Canadian National Rhythmic Gymnastics Team in 1992. More international competition followed, where she defeated the number one ranked US national team gymnast at a Washington State invitational meet. Competing in the senior elite division, she finished in a tie for second place overall. As a 15 year old, she placed 10th overall and was a finalist in three events at the prestigious Four Continents International Championships in Beijing, China. This meet featured 60 elite competitors from countries such as Korea, China and Japan. She was also the top Canadian junior finisher. When she was advanced to the senior division, she finished fifth overall at the Dewsbury Invitational Competition in England which featured 23 competitors from Britain, Germany, United States and Hungary.

At 17 years of age, Gretchen qualified for Canada’s senior-A team by placing third at the Elite Canada Championships in Winnipeg. In June 1994, just prior to the Commonwealth Games, she won three events at the Matolya Invitational Meet in Victoria. Her wins came in the rope, ribbon and club competitions in addition to the all-around event.

Following the 1994 Commonwealth Games trials in Toronto, Gretchen was selected to the three-person Canadian Team. At these games, her career culminated in winning three medals, one gold and two bronze. Her gold medal was in the team competition, Team Rhythgym. The bronze medals were in Individual Apparatus – Ball and Individual Apparatus – Ribbon. She entered the competition as Canada’s second ranked gymnast, however, by virtue of winning the gold medal she finished as the top Canadian.

Gretchen retired at the elite international level of competition, representing Delta and Canada, at the age of 18.