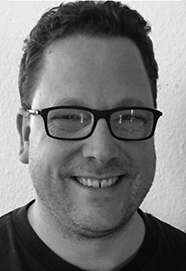 Greg Hamm began his swimming program at the age of 11 with the Delta Sungod Swim Club. While with the club, he obtained his first national standard, ultimately preparing him for his future university swimming career. As an age group swimmer, he first arrived on the medal podium in 1989 as the lead member of the boys’ 12 years and under 4 x 50 medley relay team at the BC Provincial Championships. Steadily improving, he qualified for his first National Youth Championships in 1991 while competing at the BC Short Course Championships in Prince George. By 15 years of age, Greg had qualified for his first Canadian Senior National Championship. By now, he was making progress toward being recognized as one of Canada’s premier backstroke swimmers. At the national level, Greg qualified for the 1993 BC Canada Games Team, competing in Kamloops. He placed 4th in his specialty, the 200 meter backstroke, and won a Bronze medal as a member of the BC Men’s 4 x 200 free relay team. By 1995, he was rapidly improving and consistently placing in the finals at national championship swim tournaments, both at the University and Canadian levels.

Greg Hamm chose the University of British Columbia to continue his swimming development, competing four years for the exceptionally strong UBC Varsity Swim Team. In his later years at UBC, he was the captain of the men’s team when the UBC men’s and women’s teams won the CIAU championship in 1998. Greg’s coach at UBC was Tom Johnson when he was selected to the 1998 Commonwealth Games team, competing in Kuala Lumpur. At his first International multi-games competition, he won a bronze medal for Canada in his specialty, the 200 meter backstroke.

After graduating with honours from UBC, Greg returned to the Delta Sungod Swim Club as an alumni member, providing inspirational talks to the next generation of athletes in an effort to establish an enduring tradition of athlete leaders who make a positive difference in the lives of others. In his own words “I think what I enjoy most are the social and racing aspects of swimming”. Swimming gave him the skills and mindset to be successful, and not just in the pool. He values all the experiences he had and established many friendships while swimming.

Today, Greg Hamm lives in Dallas, Texas, with his wife and 3 children. He is Vice-President of a company specializing in Information Technology. This past April, Greg, a former captain of the UBC swim team, was inducted into the UBC Sports Hall of Fame, along with the rest of the UBC swim team who had dominated Canadian university swim meets for ten straight years.