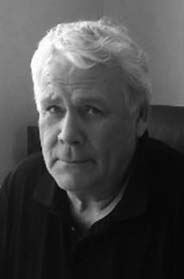 GML Mechanical Ltd has been a major supporter of sports in Delta since 1989, when Company President, Marcel Zastre moved with his family to Tsawwassen. Marcel began by coaching his own kids, eventually extending his support to a wide variety of sports including soccer, baseball, ice hockey, ringette and softball. His behind the scenes contributions have been numerous, an example being the installation of a hot water tank for the Tsawwassen Minor Softball Association when they were building their concession at Brandrith Park. Marcel sent two of his tradesmen to do what was intended to be a two hour job but turned into a two day job. In his good natured way, a bill was never presented for the work.

In the earlier years of the Delta Sports Hall of Fame, GML was always a strong supporter, not only as a monetary donor, but also as a major donator of in-kind services for the building of the DSHF Wall of Fame. These stories typically represent the generosity of GML Mechanical Ltd.

We are pleased this year to recognize Marcel’s company for outstanding contributions to sport in Delta by inducting them into the Delta Sports Hall of Fame.