Volunteer of the Year Ice Hockey 2011 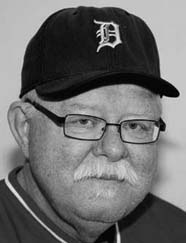 North Delta resident Glenn Zwick was honoured in November 2010 by the Canadian Adult Recreational Hockey Association (CARHA). He was inducted into the CARHA Hockey Hall of Fame as a Builder, the 30th to enter the hall since the inception of the CARHA in 1975. As a builder, Glenn has formed recreational teams and leagues that have benefited players and the community for an extended period of time. He has operated a summer league for those who arrive at the arena wearing shorts and a muscle shirt, dragging a hockey bag and a stick, as well as annual tournaments for players with various talent levels.

Glenn helped form the South Fraser Men’s Hockey League, which has grown from 4 to 16 teams for all adult age groups, from the over 19s to the over 50s. He has also organized numerous hockey tournaments, summer hockey sessions where fathers and children can play together as well as a Family Christmas Skating Party which collects donations for the Surrey Food Bank.

In 2009-2010, Zwick was selected Coach of the Year by the North Delta Minor Hockey Association. Furthermore, the Zwick Cup is an annual trophy presented to the top team in Surrey’s high school hockey league, which he, incidentally, also organized. His vision has assisted student athletes that love the game to respect others and take pride in themselves. Hopefully, the students develop into compassionate and involved leaders, thus taking those qualities into their adult lives.

He is the CARHA’s first builder inductee since 2006. The CARHA Hockey Hall of Fame inducted its first member in 1983 and now has 63 members. Community advocates and outstanding citizens like Glenn Zwick contribute so much to the establishment of what we like to call healthy community values. Without people like Glenn, many initiatives would never come to fruition.