Master Athlete of the Year Swimming 2009 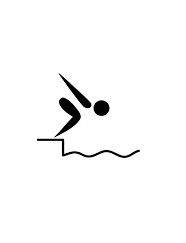 Elizabeth Smith, Master Athlete of the Year in 2006 and 2008, continues to swim competitively with a high degree of success at the Provincial and Canadian Masters Swimming Championships in the 60-64 age group. This Winskill Otters Master swimmer competed in ten meets this past year, including the Provincial Masters in Kamloops, BC and the Canadian Masters in St Foy, Quebec.

At the Provincial Masters Swimming Championships, she won six gold medals, including relay events. Elizabeth won ten gold medals, including relays, at the Canadian Masters Swimming Championships.
In 2008, she broke 16 Canadian records and one World record. She ranked first in Canada in all her individuals events in Short Course pool and, except for the 50 meter breast stroke, she was first in all her Long Course pool events. Her 4 x 50 meter Freestyle Relay Team owns the World Record.