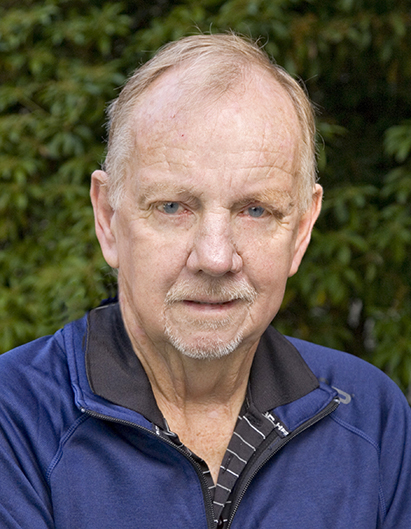 Ed Anderson began his coaching career in 1974 with a group of 6-7 year old girls so that his daughter, Jill, could play with her friends. At that time, Ed would never have imagined how many great memories that he would build as he continued to coach that core group in softball for the next 17 years.

Ed started to coach at the youngest age group and continued through until the end of Junior Women’s. In the Squirt division they won the league banner in 1977 and 1978. At the next age level, the team would become known as the North Delta Animals and play rep softball for the duration of the team’s years. In 1979, as a rep B team, they were the league champions. The following year, they moved up to the A division, and placed second in the Provincials (Kamloops). In 1981, they were Provincial Champions. To continue to grow and have fun, Ed and his coaching staff of John Ansell and Shirley Green, started to travel to tournaments in the United States. Over the years, the North Delta Animals competed i tournaments throughout Washington state, often bringing trophies home. In the Bantam division (1982 and 1983), they were silver medalists at Provincials. The Midget division were golden years for the Animals, winning Provincials in both 1984 and 1985, which led Ed to take the team to the Canadian National Championships. In Ontario in 1985, the Animals won the silver medal at Nationals (though many felt that it should have been gold but for an umpire’s missed call at home plate as the newspaper photo shows the ball sitting behind the catcher…). The move to Jr. Women’s came in 1986 with continued success and a new sponsor adjusting the name to the Sunkist Animals. Over the next few years, Ed lead the team to 2 more National tournaments: 1986, bronze medalists in Ontario; 1987 silver medalists in Saskatchewan. The Animals had 2 girls go on to play with the National team and various others earn U.S. scholarships.

Throughout the years, Ed had some fantastic assistant coaches in Shirley Green, John Ansell, Ron Tiffenbach and Colleen Moffat. Ed speaks extremely highly of all of his fellow coaches, noting that they all were in it for the girls. Ed, and the coaching staff, created experiences for the team that the girls would remember for years and still reminisce about — usually starting with “remember riding in Ed’s van…” To this day, Ed still hears from and visits with many of the ladies whom he coached for so many years. He counts himself “very lucky to have had such good and talented girls.” A point of pride for Ed is how well all of the girls have turned out.

Ed is the first one to deflect attention back to the girls that he coached, noting that “I got as much out of it as the girls did. It was a really good part of my life.”