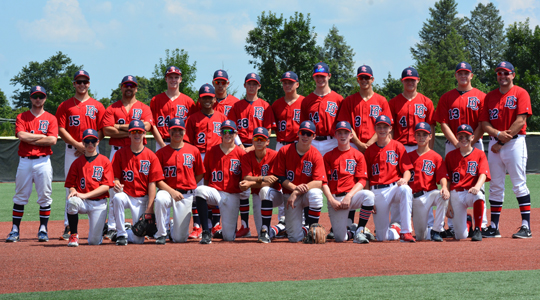 As a fairly new organization, the Delta Tigers Bantam AAA baseball team has seen many successes in its first three years as a club. Led by club president Wayne Laviolette, head coach Cam Frick and their impressive coaching staff, the Delta Tigers have led the way with back to back Provincial Championship wins. The success of the 2016 season not only saw the Tigers take the Provincial title, but coach Frick was also named BC Minor Baseball’s U15 Coach of the Year, only paving the way for a successful 2017 season.

The 2017 season started and finished strong for the Tigers. They played an impressive 71 games through the season, both league and exhibition. They finished 2nd in league play and despite being the youngest team in the league the Tigers held an impressive record of 24-7-1 with only 99 runs against in 32 league games. They also earned a 3rd place finish at the Queen Victoria Invitational tournament, which featured the top 9 teams from BC and the top 3 from Alberta. The Tigers went on to defeat Richmond 5-2 to clinch the Provincial title.

For the first time, the team was able to carry on and represent BC at the prestigious Diamond Nation U16 Blue Chip Prospects Tournament in New Jersey this past August. The Tigers played very well, considering they were playing in an 80 team round-robin tournament against top teams from across North America with players two-three years older. They fought hard and represented BC well. It was a memorable and rewarding experience.

With strength on the mound and a talented roster, the Tigers won when it counted. Frick was also appointed head coach of the Provincial team this year, along with the help of fellow Tigers assistant coach Ford Marcotte. Four players were also named to the Provincial team: Braedy Euerby, Sean Heffner, Noah Thomas, and Connor McIntosh.