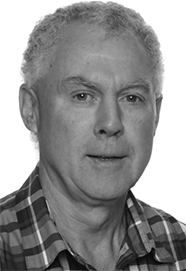 Following his extensive tenure with the NDMHA, Dave assumed senior leadership positions with both the Pacific Coast Amateur Hockey Association (PCAHA) and BC Hockey. From 2002 to 2012, he served the PCAHA as Managing Director, Vice President and President. With BC Hockey, he has served as Lower Mainland District Director. In the process, important partnerships were created for the NDMHA. While involved with the PCAHA, one of his more noteworthy roles was when he chaired the Appeal Committee. His exemplary professional and unbiased conduct was essential to the appeals that he managed. His credibility, objectivity and extensive knowledge of the rules were of invaluable assistance to the Appeal Committee. Dave Buck sought to promote the sport of hockey while acknowledging that the game had to be fair as well as fun for everyone involved. He impacted the stakeholders in minor hockey by facilitating their understanding of the goals that minor hockey was attempting to achieve.

Dave is an Honorary Life Member of the North Delta Minor Hockey Association. He has mentored and supported every President of the NDMHA, providing advice, direction and experience. An annual tradition at Seaquam Secondary School is his personal presentation of the Trevor Buck Memorial Award to a graduating player.

Dave Buck is an inspirational and humble leader, encouraging people to achieve their best. His impressive length of service and wide variety of positions in which he has served have made a significant difference to minor hockey in British Columbia and the Lower Mainland. His impact has been registered well beyond direct service to hockey players and their families. He is an incredible voluntary spirit who continues to demonstrate great skill and experience in mentoring those who undertake leadership positions. A very worthy Inductee into the Delta Sports Hall of Fame.