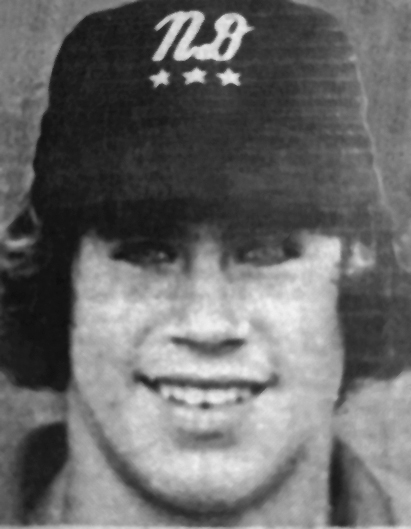 Chuck Westgard, born in 1962, enjoyed growing up in North Delta as an outstanding multi-sport athlete. Best known for his baseball accomplishments, Chuck excelled in many sports, particularly hockey. He and his friends managed to win the 4x100m Provincial Track and Field title for Delview Junior Secondary in 1975…barefoot! Chuck’s favourite sports were baseball and hockey in equal measure until he was 17. Then he had to decide between scholarship opportunities in baseball and playing Junior hockey with the Portland Winterhawks. Baseball became Chuck’s chosen sport.

Chuck was a baseball star from an early age, spending many hours on his backyard mound throwing to his dad, Gord. One of Chuck’s good friends said “this coaching and practice at an early age combined with Chuck’s immense natural athletic ability and love of the game, no doubt set the stage for what was to follow.” Chuck played for Delta throughout his minor baseball career, amassing multiple championships, MVP awards, Golden Glove recognition, and playing All Star summer baseball each year. Chuck, at age 9, made the Major Bronco division team competing against 11 and 12 year olds. From 1972-1979, Chuck led the Delta All-Star team to 4 first-place finishes and 3 second-place finishes at Provincials; two 2nd place finishes at the Western Canadian championships; and a 2nd place finish at the Canadian championships. Chuck pitched a perfect game in the 1975 Provincials, striking out 19 batters. He was a dominant pitcher with a fastball thrown with pin point accuracy. Chuck loved to compete. In 1980 after high school, Chuck received a baseball scholarship at the University of Washington where he played for 2 years before leaving to play professionally. By 1982, Chuck was named to the Canadian National Baseball team and was an integral to the team’s success at the World Baseball Championships in Seoul, Korea where Canada finished with a record of 3-2. Chuck had a complete game victory and 2 saves! At the World Championships, Chuck was scouted by the New York Yankees organization. In an era where Canadian baseball players did not get drafted, Chuck paved the way. He played with the Oneonta Yankees for 2 years, until a shoulder injury ended his professional baseball dreams.

Without fail, Chuck’s teammates, coaches and opponents all speak of his competitiveness, leadership, and outstanding athletic ability. Most notably, he was always “one of the boys” whom players gravitated to and coaches depended upon. Chuck himself claims that he “absolutely enjoyed all of his playing; the teammates, the games, the victories, and the personal accolades. But truly the enjoyment of the sports was always the draw.” This philosophy is reflected by Chuck crediting that his greatest achievement has been as a coach. He lead his daughters’ teams to 7 National titles in 10 years while emphasizing “even at the highest level of competition, that there is still fun as the foundation.” Sharing it all with his wife, Tanyce, and their 4 children (Tayla, Tanelle, Toryce and Ty) made everything that much sweeter.