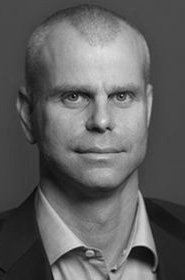 You would be hard pressed to find a more deserving corporate sponsor in our community of Delta than this year’s inductee in the Sponsor Category, Century Group Lands Corporation. Their overwhelming generosity in giving back to the community is evident at every turn. It all began way back when George Hodgins donated a sizeable portion of land to the Corporation of Delta, which became Diefenbaker Park in Tsawwassen. This bowl shaped property sprung from earlier beginnings as a gravel pit, and continues to be a popular gathering point for many family, school and community events over the years.

If that isn’t enough, Sean Hodgins and the Century Group have further donated to our community this year through their support of the Canadian Mental Health Association, the South Delta Artist Guild, Burns Bog Conservation Society, Delta Chamber of Commerce, Delta Farmland & Wildlife Trust, Delta Arts Council, Delta Choral Society, Point Roberts Chamber of Commerce, South Delta Secondary School scholarships, Deltassist, Tsawwassen Sun Festival, Tsawwassen Business Association, BC Food Bank, Tsawwassen Lions Club Sunday Car Sale, Heart & Stroke Foundation and untold millions in support of our Delta Hospital and Delta Hospice. This outstanding level of community support and commitment is rarely seen, yet it continues year after year. We are indeed fortunate to have such a company and such an individual in our midst. Please join the Delta Sports Hall of Fame in a salute to Sean Hodgins and Century Group. We welcome them into the Hall of Fame this year as a most deserving SPONSOR extraordinaire.