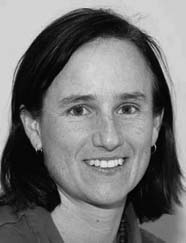 Candace was born and raised in North Delta and attended Simon Fraser University on a softball scholar- ship. Candace began her softball career on the diamonds of North Delta. From the beginning, you could see that Candace was a winner. During a six year span from 1980 to 1985, playing on teams in North Delta, she was a four time provincial champion. Other years were either third or fourth place finishes.

1991 proved to be a great year for Candace. As a freshman, she became the starting shortstop for Simon Fraser University and was selected as a District One NAIA All Star. She also played that summer for the White Rock Junior Renegades and placed second in the provincials. She was then picked up by the Renegades’ Senior Women’s team and was the starting shortstop in the Senior National Championships, where they won the silver medal. Candace was also asked to tryout for Team Canada at the Pan Am Games.

Candace continued to develop in her senior years at Simon Fraser University and she was named Player of the Year Division 1 NAIA. Her outstanding accomplishments during her softball career included being named NAIA second team All-American, selected as a member of the All Canadian Team, selected to play on Team Canada and was Softball BC Senior Athlete of the Year. Candace’s career continued as she played in the World Champion- ships, Pan American Games and represented Canada on the Olympic Softball Team in 1996 at the Atlanta Summer Olympic Games.

Not only is Candace an outstanding athlete but also an outstanding citizen of Delta. She has served as a Commissioner on the Delta Parks, Recreation and Culture Commission, was on the sub committee for the Delsom Turf Field and was available during the 2010 Olympic Torch Relay to sign autographs with other former Olympians from Delta.

Candace is currently a police officer with the Vancouver Police Department and continues to be active in many other sports. She often shares her love of softball and sport by speaking to other aspiring athletes stressing the importance of hard work, setting goals and never giving up.