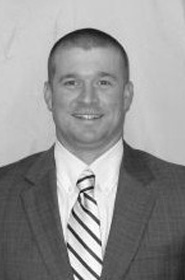 Brent Lavallee grew up in North Delta and from the age of six through seventeen participated in the North Delta Baseball Association.

In August of 2004, after completing his four years with the North Delta Blue Jays Premier program, Brent received a full scholarship to LSU Shreveport, a Division 1 NAIA School. This Louisiana University had an elite baseball program in the Gulf Coast Athletic Conference. During this time Brent worked extremely hard both physically and mentally to prepare for the starting role of a freshman catcher/first baseman. His head coach at LSUS has been quoted to say, “Brent would rather hit the ball than eat or sleep.” This was witnessed on many a dark night when Coach Rocke Musgraves would drive by to see the lights on in a batting cage, and there was Brent practicing his swing!

During the next four years at LSUS, Brent broke the team record for the most games caught by a catcher. However, Brent had to overcome knee surgery in the 2007-8 season and had to red-shirt, but overcame the trials of surgery and rehab to return the next season stronger and faster than ever.

On Friday January 23 2009, Brent stepped to the plate after a year of injury and rehab. In the two games played that night, Brent hit 5 Homeruns and drove in 12 RBI’s, a great comeback and start to his 2009 baseball season. This accomplishment earned him the Gulf Coast Athletic Conference Player of the Week.

Brent’s accomplishments in the 2009 season included:

Congratulations Brent, on being named Male Amateur Athlete of the Year.