Team of the Year Baseball 2010 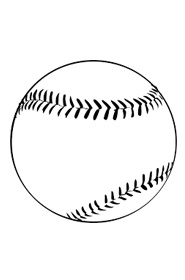 After compiling a 9-1 record in league play, Head Coaches George Pinter and Paul Wong, steered the boys through to the Provincial Championship with wins over Prince George, Surrey, North Delta and Richmond, defeating Campbell River in the finals, avenging an earlier round robin loss to the Tyees.

Ladner had gone down to the tough hitting Tyees in round robin play but had better luck in the provincial final. Trailing 3-0 after two innings, the Red Sox battled back and evened the score in the fifth, scoring a run in each of the 2nd, 4th, and 5th innings. The Sox took off in the sixth, scoring 7 runs on 8 hits, to take a commanding 10-3 lead. That score would stand as a final, and The Sox were crowned Provincial Champions.

The Western Canadians followed and the Sox did not disappoint. Ladner secured second place in preliminary play with a 3-1 record. Its only loss was to the host team, Newton, which surprised everyone by compiling a perfect 4-0 record to capture first place.
Round-robin highlights included a seventh inning home run to beat Manitoba, and recovering from a four-run deficit to defeat Saskatchewan. In the championship game, the hosts opened the scoring with one run in the bottom of the third inning, but Ladner answered with three runs in the fourth to take the lead. Newton wasn’t done though, scoring one run in the fifth, and then getting two more in the sixth to regain the lead. Ladner was unable to respond, going down to defeat and having to settle for second place. “Losing in the finals hurt, but we had a great season,” said Coach George Pinter.
Overall, the Red Sox recorded 23 wins and only four losses, while winning a pair of tournaments including the Provincial Championships and runner-up at the Western Canadians.